Chrysler Group LLC has been named to DiversityBusiness.com’s 13th annual list of the 50 best companies providing opportunities for multicultural businesses.

Inclusion on the list this year was the result of an online election which involved more than 1.3 million multicultural business owners. Voters were asked to answer 10 questions about candidate company performance such as volume, consistency and quality of business opportunities these companies provide to minority-owned businesses. DiversityBusiness.com “is the nation’s leading multicultural B2B online website.”

“Chrysler Group is celebrating the thirtieth anniversary of our supplier diversity program this year,” said Scott Kunselman, Senior Vice President – Purchasing & Supplier Quality, Chrysler Group LLC. “We remain as committed as ever to creating opportunities for minority-owned, women-owned and veteran-owned businesses because we believe that a diverse supply chain leads to better, more innovative products for our customers.”

Chrysler Group’s has a longstanding commitment to increasing purchasing from minority-owned, women-owned and veteran-owned suppliers. The Company’s supplier diversity goals require that 10 percent of a Tier 1 supplier’s procurement buy is sourced to certified minority suppliers. Indeed, since 1983 the Company has purchased more than $47 billion from these suppliers.

Below is a video released by RAM as a ‘thank you’ for the Truck of Texas award.

The Dodge Dart is Fast and Furious

Fast and Furious 6 doesn’t come out until May 24, but Dodge has released a new commercial complete with sneak-peak clips of the film. Check it out:


FUN FACT: The Dodge Dart is fast and furious AND eco-friendly. At the end of each Dart’s life ALL the plastics and metals can be recycled.

Many of today’s drivers try to at least be aware of their vehicles impact on the environment. And while many manufacturers try to catch up to this growing trend, the 2013 Dodge Dart leaves them in the dust.


From wxyz.com:
On this Earth Day, Detroit is flexing its eco-muscle and offering cars that get better gas mileage, use recycled products and cheat the wind. All in an effort to save money and the environment.

This Dodge packs a powerful punch in the Earth-friendly department. At the end of each Dart’s life ALL the plastics and metals can be recycled.

But that’s not all! The power steering operates without toxic fluid and the time between oil changes are now farther apart.

“With the Dart you can go up to 8,000 miles before you are required to get an oil change, which is good for the environment because of less waste,” says Peter Milosavlevski, Dart’s Organization Engineer.

Chrysler is dedicated to being eco-friendly.

From autoblog.com:
Dodge and SRT Motorsports announced that the Dodge Dart will be returning for its sophomore season of the Global Rallycross Championship with a two-car team fielded by Pastrana Racing. Travis Pastrana drove his GRC Dart to victory lane in the fourth race of the car’s inaugural season, and his race team is looking for even more success with the addition of off-road racer Bryce Menzies behind the wheel of the second car.

The 2013 GRC season kicks off on April 21 in Brazil with plenty of dirt-spewing, ramp-jumping action. Scroll down for a video from the cars’ main sponsor, Red Bull, and a press release from Chrysler. 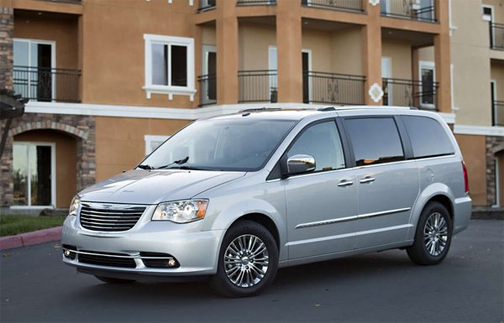